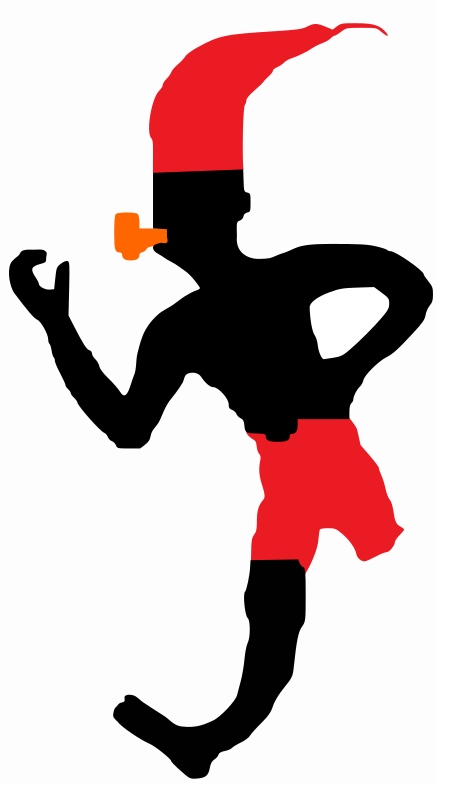 This was the second saci pererê depicted in a composition of some staircases in a frame below one of the windows of a house in the bohemian neighborhood of Lapa in Rio de Janeiro, at Rua Riachuelo, 16. Saci is a mythological creature who inhabits forests represented by a one-legged black teenager wearing a magical red cap and bites a pipe. No author credit was found. The picture was later erased by a new facade painting.