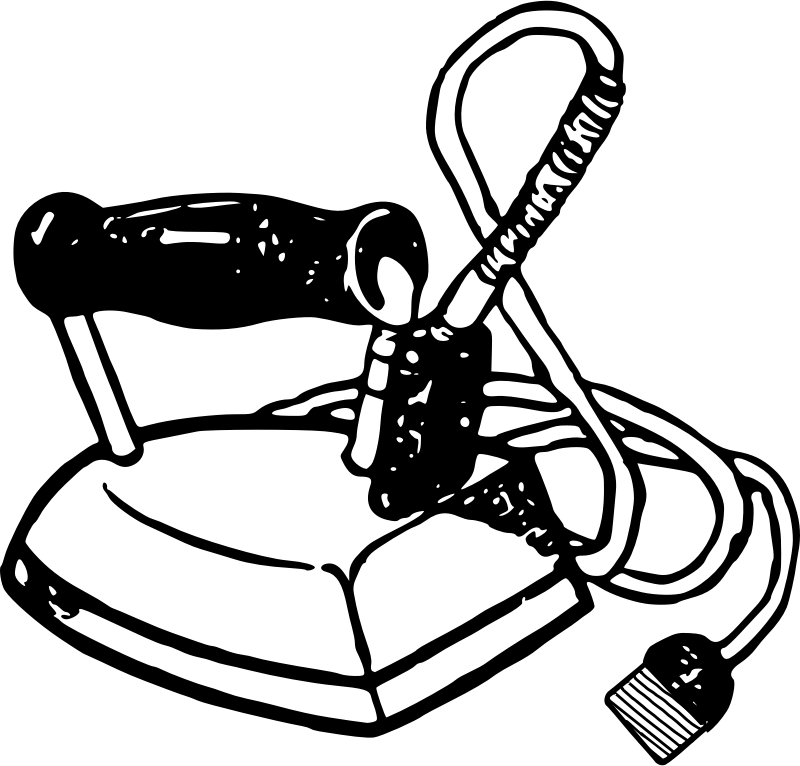 Remix of j4p4n's upload. j4p4n did a nice job adding a plug to the image, it looks original and the plug looks antique. With that as inspiration, I wanted to do remix to that reflects the time period, but in a different way.

The iron is a early 1900s design. When early home appliances were hitting the market many home were stilled wired just for lighting. So, early appliances came with one of two different plugs. A standard pronged plug or a light socket plug. The socket plug accommodated homes with no or limited standard outlets. This remix has a socket style plug.