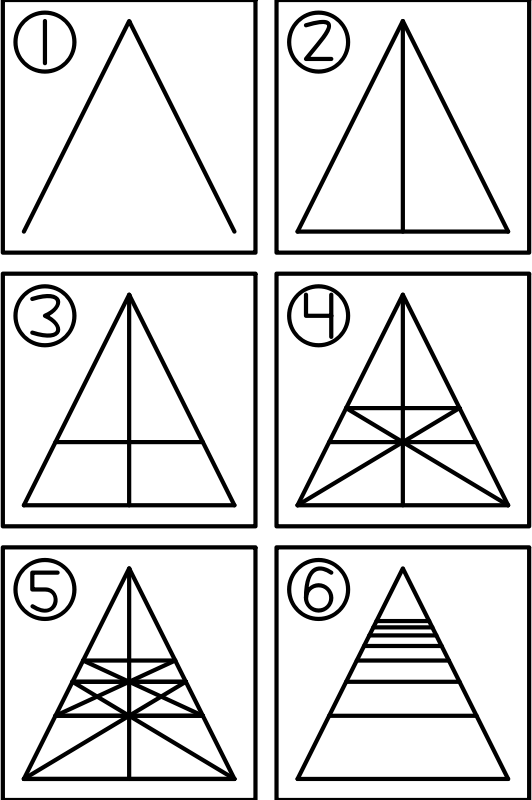 1. Draw two points anywhere on the page. These will be the end points of your first sidewalk segment. Draw lines from it to an arbitrary vanishing point.

2. Connect the first two points. Then connect the center of this segment with the vanishing point. This will be your "center" line.

3. Draw the beginning of the next sidewalk segment using a line parallel to the first segment. Its location is arbitrary.

4. Draw a line from the end of the first segment, to the center of the second segment. Draw the other line. The locations of where these lines end is the end points of the third segment. Draw it.

5. Repeat as long as is practical. (I quit early).

(This diagram is centered and perfectly horizontal and symmetrical, but one-point perspective works with any two starting points anywhere, and any vanishing point anywhere.)