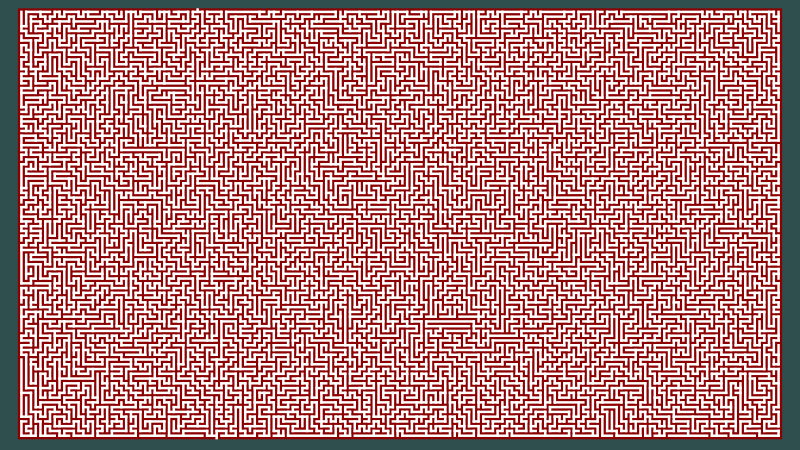 I decided to do this differently from my past mazes. Those were traced by potrace which vectorized them as two closed paths. That allowed anyone to open the maze in a vector image editor and just move one of the two paths to see the solution to the maze.

This one is different. No tracing involved. I just drew all the paths as straight stroked lines, plus I drew them in a random order, so there should be no unintended shortcuts to find the solution (of course, you could just download the solution I also post as a remix, but that it is intended).

But worry not. This particular maze is not as hard to solve as its grid size of 320 columns and 180 rows might suggest.