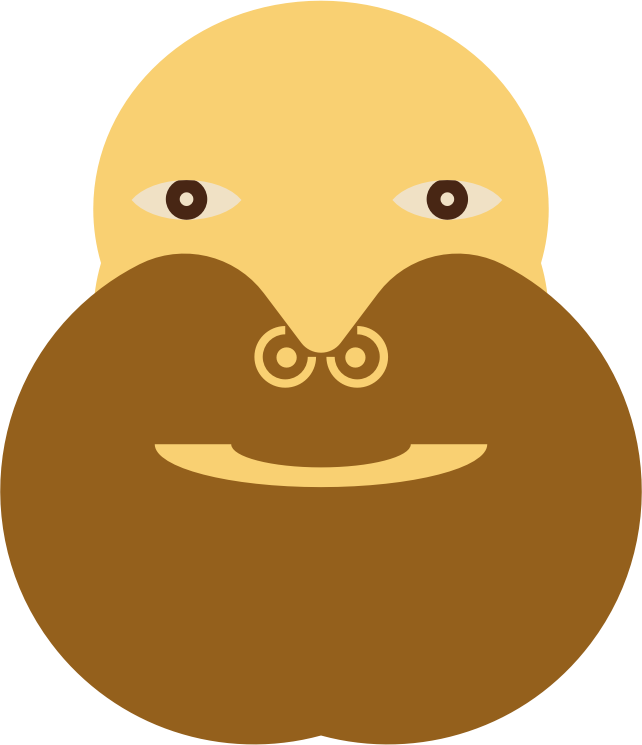 Barbarus, the bearded man. Actually, barbarus means a bearded man in Latin (and, yes, barbara means a bearded woman). It also means barbarian, because ancient Romans noted their most formidably enemies did not shave their beard, so they them barbari (bearded men), but in English it became a separate word, barbarian.

It all comes from the Latin barba, meaning beard.