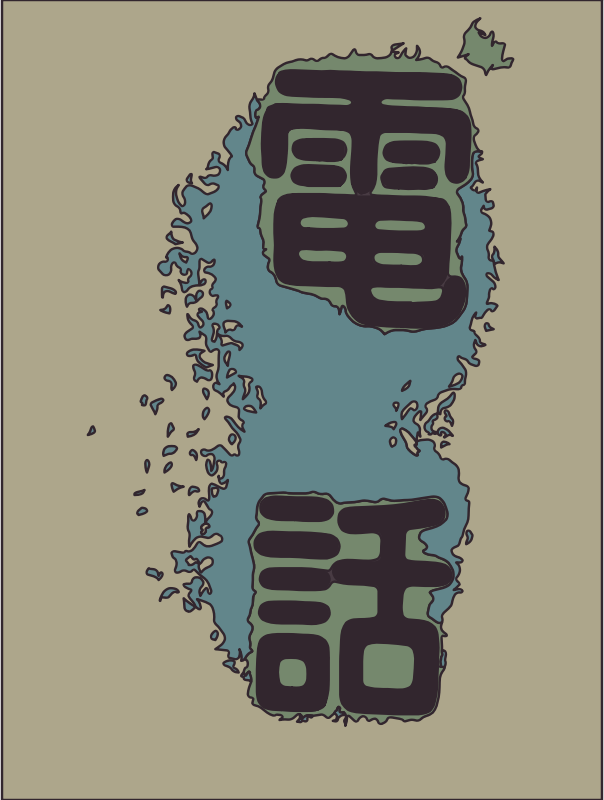 Back when my "play" computer was down I made several series of abstract artsy whatever. I realized some of them never made it online... so I will upload a few now. The original description of this series: This is part of a series of "captured" kanji (Chinese characters) from the streets. Linguistically many kanji require other words/characters and are a lot more complicated than my simply glossing of meaning here, but they are meant to be for some "artsy" efforts that want to use such things.