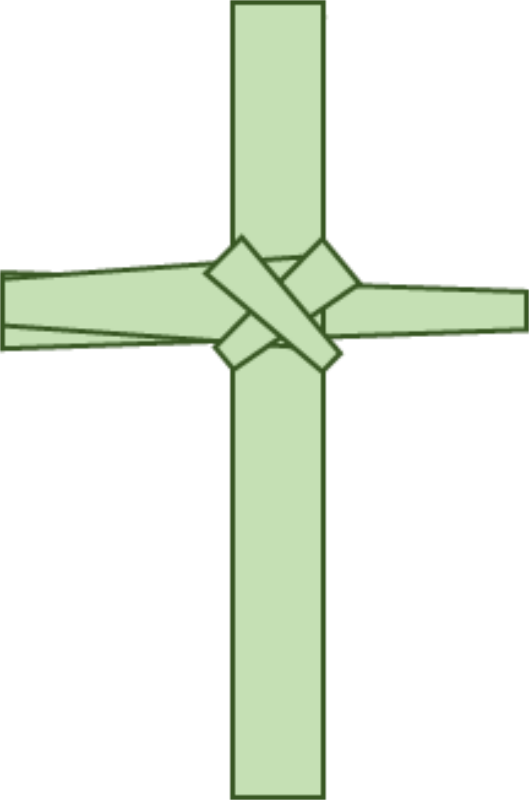 A palm folded into the shape of a cross with an x crossbeam. This is a traditional christian craft commemorating that about a week after He was paraded into Jerusalem surrounded by fans waving palms, Jesus was executed on a cross, thus paying for the sins of the world. 3 days later, at Easter, He would rise from the dead, setting those who believe in Him free from sin and death.