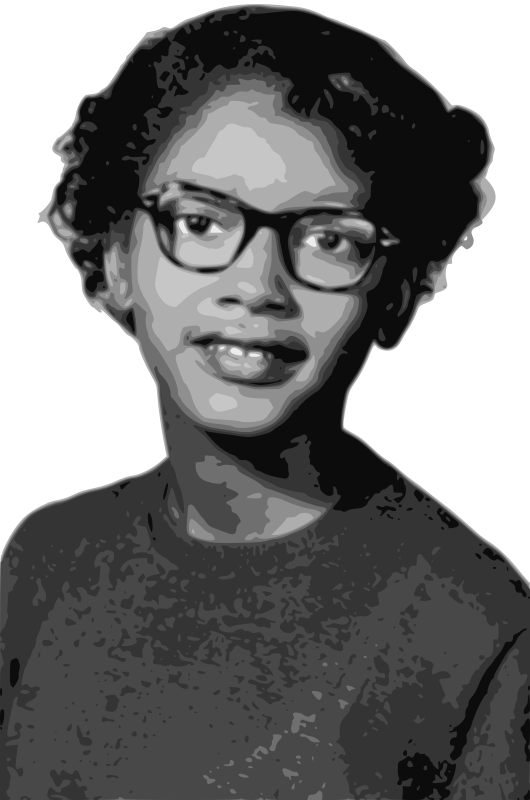 Claudette Colvin was part of the civil rights movement of the 1950s. Way back (nine months before Rosa Parks) in 1955, she was arrested at the age of 15 in Montgomery, Alabama, because she refused to give up her seat to a white woman on a segregated bus. She was unwed and pregnant so the NAACP apparently decided to focus on Rosa Parks instead. Happily, Claudette has been slowly getting some of the recognition she deserves these days. (This is based on a public domain image from Wikimedia)

14 Comments. Please login to comment or add your own remix.