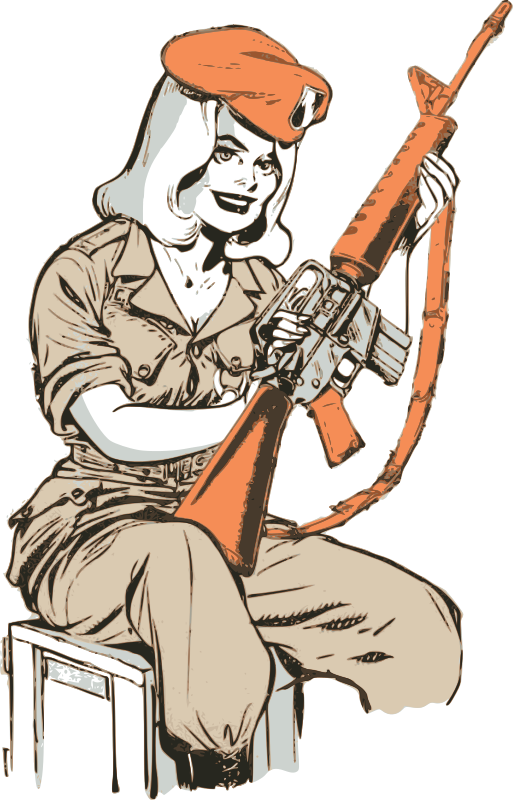 Lady with an M16 Rifle Sitting Down

In 1969 The United States Department of the Army produced (federal government so public domain) a propaganda comic about cleaning and maintaining M16 rifles. This was one of the usable images from that; a military woman (back when they couldn't actually join active duty so I guess it was supposed to be entertaining even though it's fact now, right?) with an M16 rifle, sitting down. It was coloured orange as it is the subject of the pamphlet.