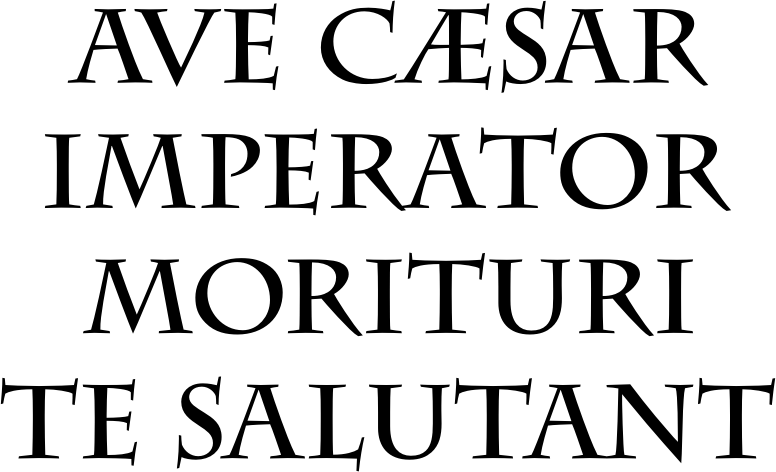 Typically, people only use the second part of the quote, Morituri Te Salutant, which is usually translated as Those about to die salute you. That is of course grammatically correct, as morituri is the plural of moriturus, which in turn is a near future form of mori, meaning to die, while the appendix -turus expresses near future (which itself is from the Latin futurus, meaning about to be).

The problem is not with grammar here. The problem is not pointing out just who is speaking those words and why. The full statement Ave Caesar Imperator Morituri Te Salutant is typically translated as Hail Caesar, those about to die salute you. That sounds as if some congressional page is informing Caesar that some suckers are about to die for his entertainment.

Nothing can be further from the truth. For one Ave means Hello, a common greeting, not hail. More importantly, it is the gladiators entering the arena greeting the Emperor of Rome with those words. They are the morituri, the sportsmen who would rather die than lose. Some of them did die, just like some football players suffer consequences of way too many hits to the head. The gladiators were not slaves, Hollywood stories notwithstanding. They were the professional sports players of the day and proud citizens of Rome.

In view of all this, I prefer to translate these words as, Hello Caesar, Emperor, we who are about to die salute you.