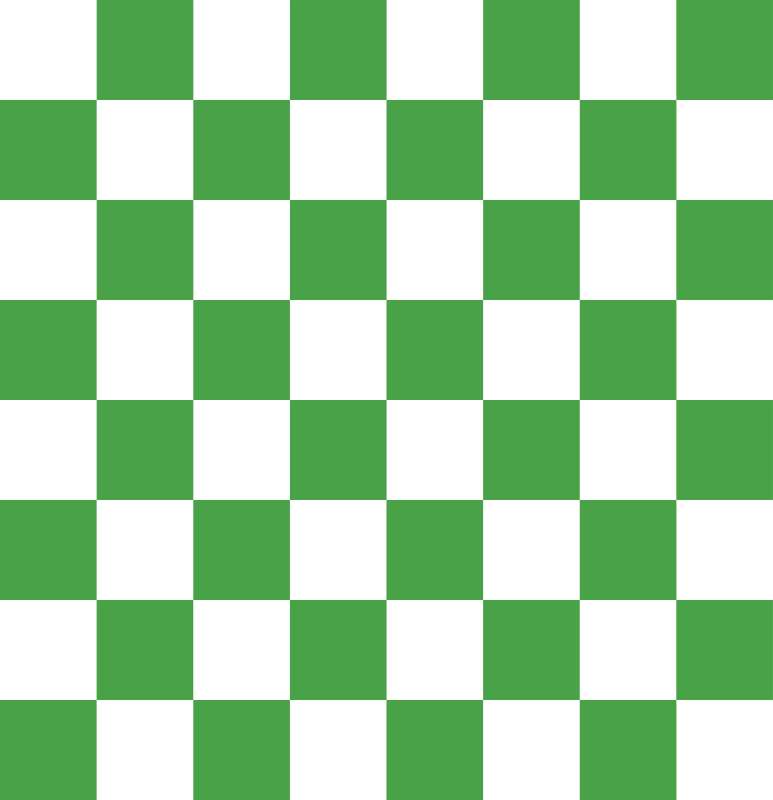 Oh, I was impetuous. I saw this chessboard by @mightyman and I thought to myself that chess players prefer to play on a board that's less stark, especially if they're going to spend ours looking at that board. The convention since the '40s has been to either have a wooden board, a plastic or cardboard board made to look like a wooden board or a plastic or cardboard board with green and buff squares. These color combinations make it less taxing on the eyes over the course of time. So I made this board. Only after I'd done three boards did I later see that others had pretty much done the same thing. Looking at those chess boards however, I think that they are not exactly the same as what I've done for the colors. And then there's the fact that my monitor isn't calibrated for colors and I suspect that most others' aren't either.

And after much playing chess went digital. These days chess software is all over the Internet. With a lot of these applications the player gets to choose his or her own colors for the chess men and the board. So here's a chess board that tries to look like one combination of chess board colors that I've used and that I've seen others use. It's green and an even lighter color than Playable Chess Board Colored #2 that makes most chess men easily visible and which won't fatigue your eyes too much if you play on it for a long time.