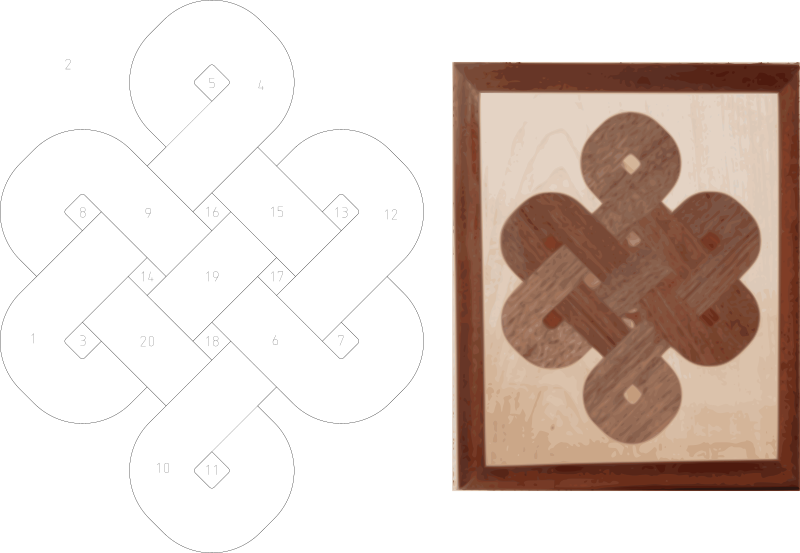 This shows the svg file of a Ming Dynasty Celtic like knot. Also shown is a picture of the knot made from a number of different veneers. The geometry of the pieces was taken directly from the svg file. The pieces of veneer were cut using a Cricut Maker and then mounted on a base board

The svg file was created in Inkscape by reading in the original svg file and then adding a gif image of a photograph taken of the marquetry piece.

The picture in this version has 'traced' in Inkscape - the link was very helpful. I used 32 colours. It would be good to know if this is more acceptable. It would be great if you could suggest any improvements.