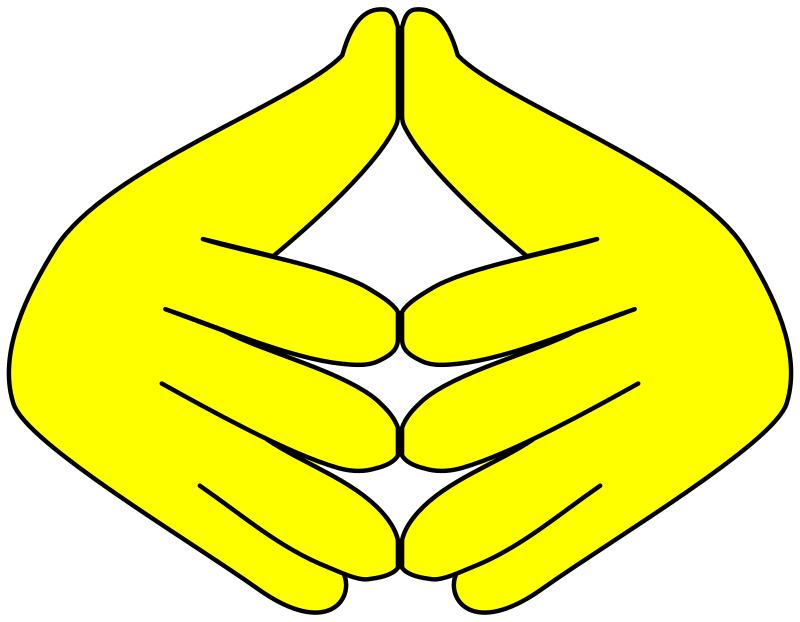 A left and right hand placed together but slightly apart, palms facing each other and fingers touching, in the "steeple" position. Among many other characters in the history of film and television, this was a characteristic pose of actor Leonard Nimoy's Mr. Spock from the twentieth-century American television series Star Trek. (See https://commons.wikimedia.org/wiki/File:Spock_and_T%27Pring.jpg for a photograph of a similar pose, though between two different characters.)