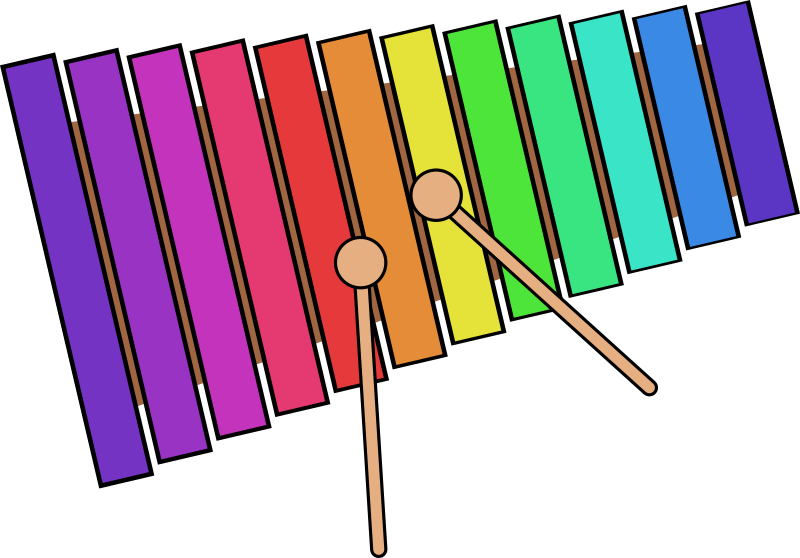 Because I needed something to draw. I like the hand-drawn one better though.

Here's a little unknown fact, quoted from Wikipedia "...many similar toys described by the makers as xylophones have bars of metal rather than of wood, and so are in organology regarded as glockenspiels rather than as xylophones."

If you didn't call this a xylophone though, you'd have no good kid's word for X in those alphabet picture things.