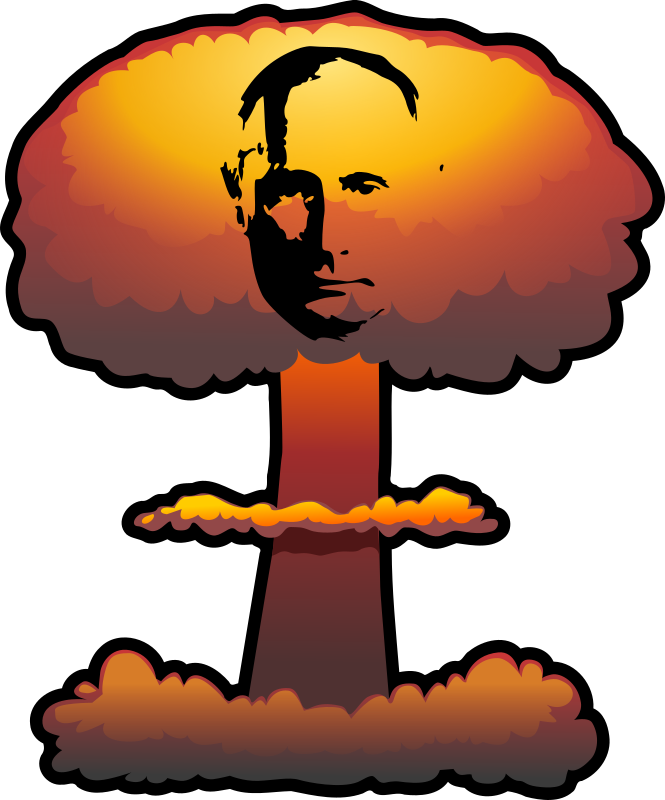 Valdimir Putin has been threatening to use nuclear weapons against the people of Ukraine. He's even rattled his nuclear sabers to try to intimidate the western powers into not helping Ukrainians to fight his invasion of their country. Are his threats just hot air intended to boost his ego in the face of the failure of his Russian army to quickly defeat the smaller country, and to have suffered many battlefield humiliations? Or is he liable to start something global that he can't stop and which could kill billions of people? Thanks to original posters @tzunghaor and @rejon for posting the originals cliparts.

7 Comments. Please login to comment or add your own remix.