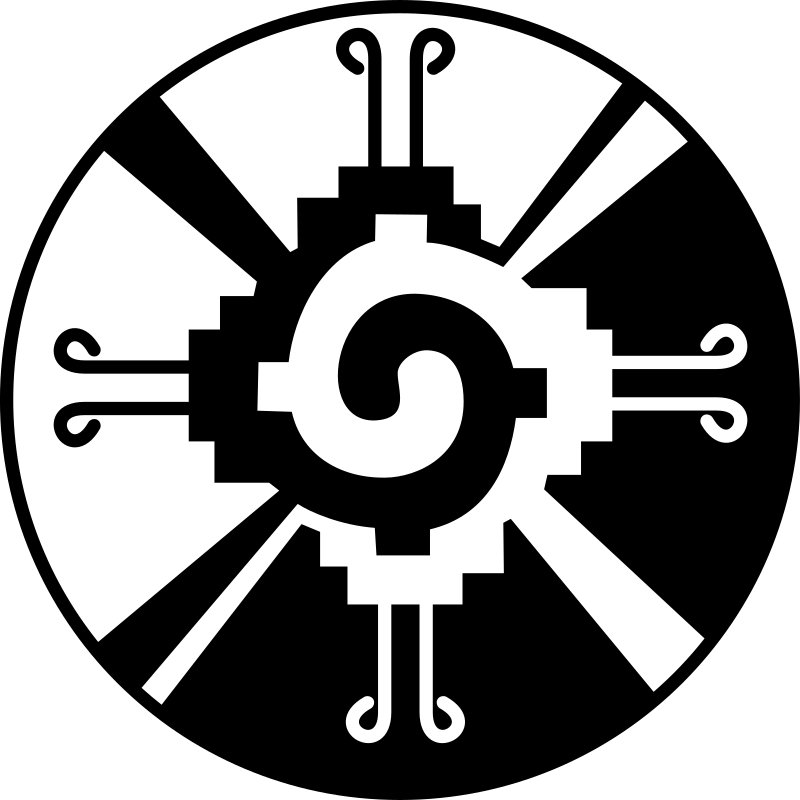 "Hunab Ku" symbol was originally a rectangular symbol used by the Aztecs as a ritual cloak design, known as the Mantle of Lip Plugs (or, arguably, mantle of spider water). The symbol survives today as a rug design being sold in central Mexico, but was associated with the Milky Way and the god Hunab Ku by Argüelles, who modified the symbol to look more like a circular motif evoking a yin and yang symbol as well as a spiral galaxy. It has become associated with Mayanism.