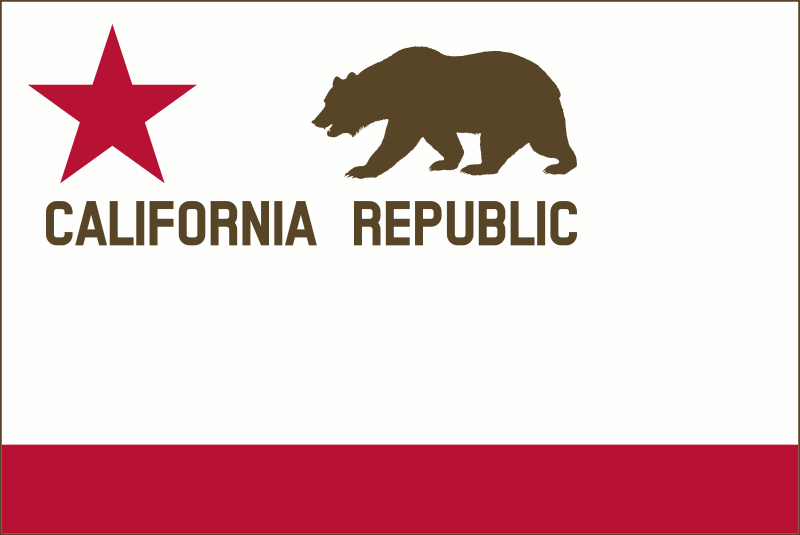 This image is a recreation of the original Bear Flag using the lettering, bear, and colors of the modern Flag of California.

The original Bear Flag was created by William Todd. In his original design, the bounding circle for the red star was large. It was 1/3 of the hoist and aligned along the top edge of the flag and indented from the left (1/24 of the hoist). The text "California Republic" was aligned with the bottom of the lettering at the vertical center of the white field. The text was indented a bit more than the star (1/12 of the hoist). The text also was aligned directly below the star's bounding circle (actually touching it).

I added a slight border and moved the star, bear, and lettering down from the top of the flag by 1/24 the hoist. So, the star is now indented from the canton by 1/24 vertically and horizontally. The text, quite nicely, is now centered vertically in the white field. Overall, I like how this turned out.

This version contains a solid bear - which is how it was drawn on the original flag.