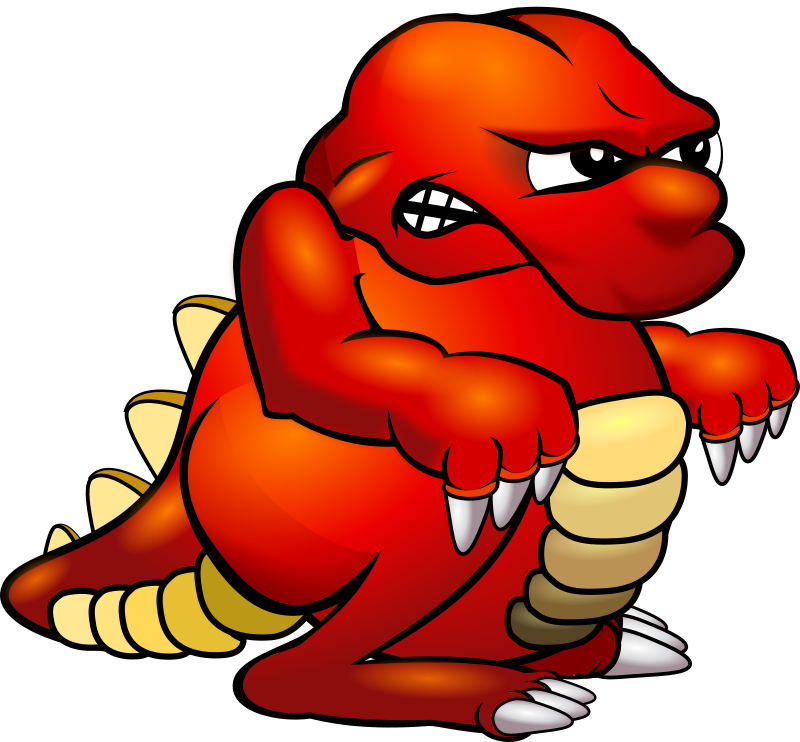 A red monster called Krunch, that I did for the free and open source game "Secret Maryo Chronicles" (http://SecretMaryo.org). If you like the old 2d Super Mario Brothers games, check it out. It's a lot of fun!

While I've tagged this "Disney" this is just for the **style**. Krunch in no shape or form comes from Disney, and is a character and drawing entirely of my own creation, and thus eligible for the Creative Commons Zero license. (He's licensed under something else - GPLv2? in Secret Maryo, but I'm re-releasing the file under CC0 here).