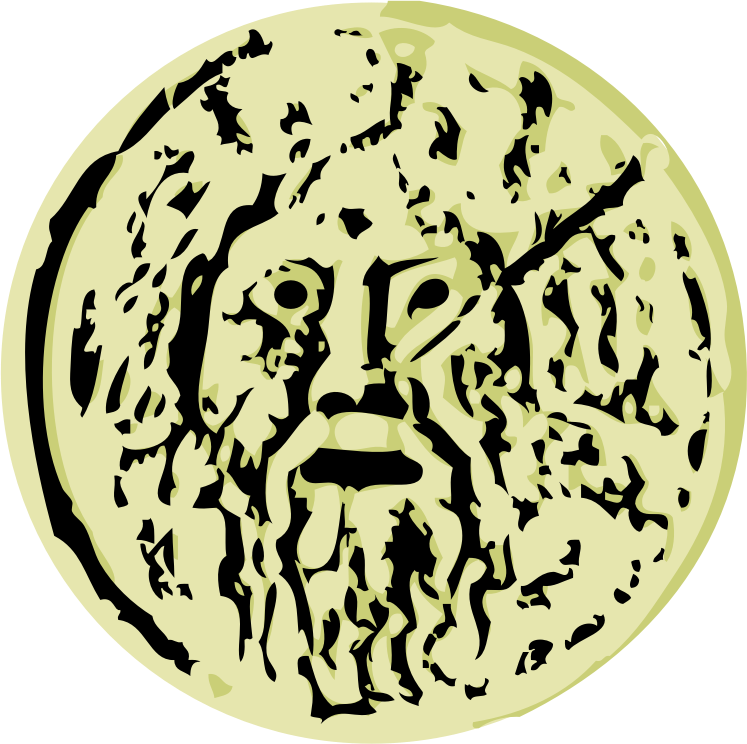 La Bocca della Verità (English: the Mouth of Truth) is an image, carved from Pavonazzo marble, of a man-like face, located in the portico of the church of Santa Maria in Cosmedin in Rome, Italy. The sculpture is thought to be part of a first-century ancient Roman fountain, or perhaps a manhole cover, portraying one of several possible pagan gods,[1] probably Oceanus. Most Romans believe that the 'Bocca' represents the ancient god of the river Tiber.

The most famous characteristic of the Mouth, however, is its role as a lie detector. Starting from the Middle Ages, it was believed that if one told a lie with one's hand in the mouth of the sculpture, it would be bitten off. The piece was placed in the portico of the Santa Maria in Cosmedin in the 17th century. This church is also home to the supposed relics of Saint Valentine.

- From Wikipedia, the free encyclopedia.

This image is in the public domain.