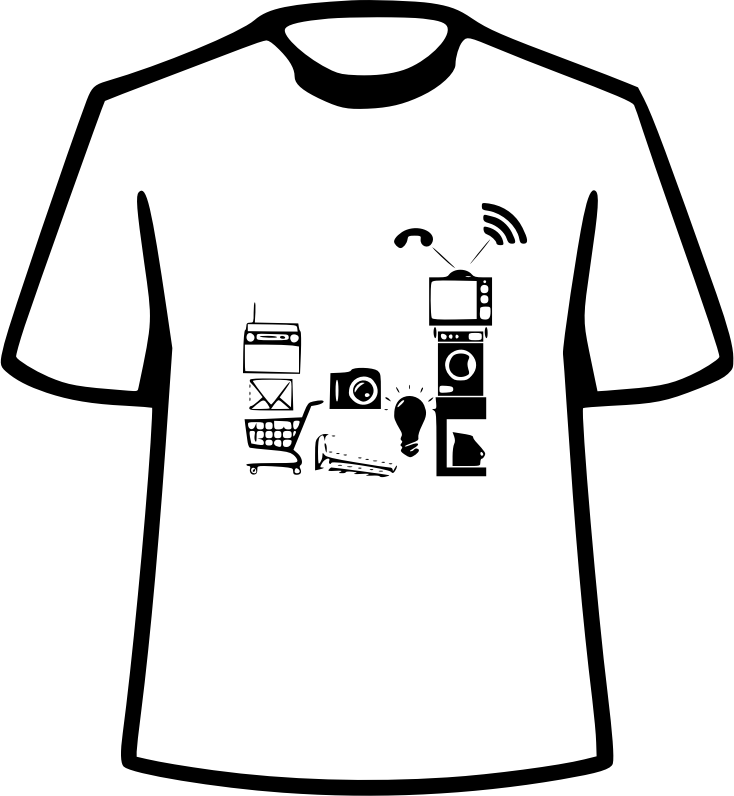 The pictures are used as a visual representative to spell out "IoT", which is the theme of the contest. Most of the items in the picture are commodities in the household. The antennas of the television transmit radio waves. The phone and the WiFi are attached on the antennas because they are transmitted by radio waves and allow all of us to stay connected.