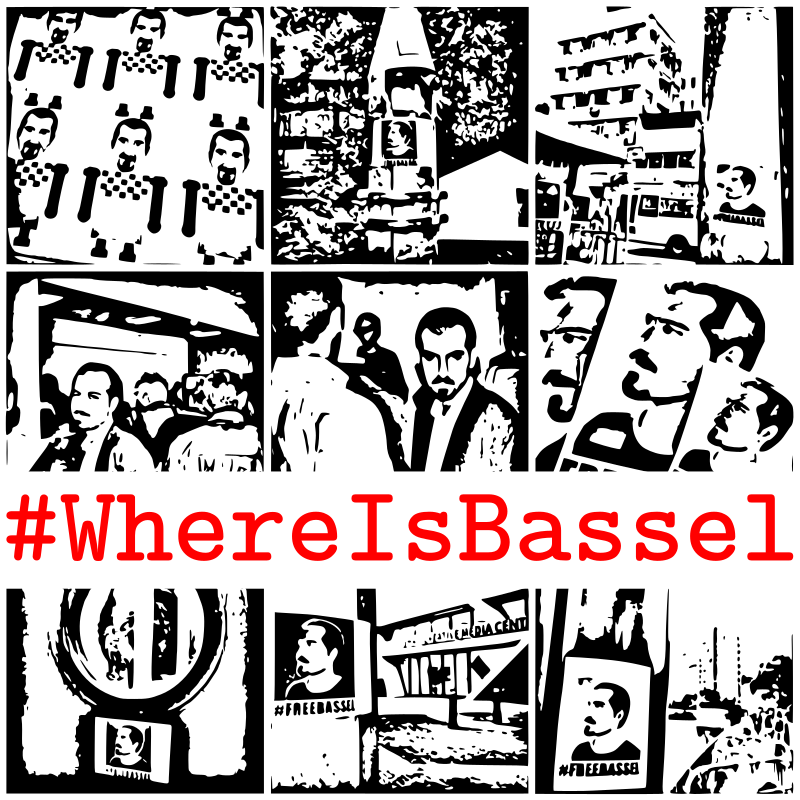 source Syrian Palestinian developer was arrested in the Mazzeh

district of Damascus following a civil uprising led by peaceful

The FREEBASSEL campaign is an international project started after

Bassel was detained. As the United Nations Working Group on Arbitrary

Detention stated, "Bassel’s arrest and imprisonment were arbitrary and

in violation of international law," and has asked for his immediate

release. The project gains strength by the day by applying pressure on

the Syrian government to release Bassel because his human rights are

For March 15, 2016, the FREEBASSEL Campaign is joining forces with the

Bassel, his plight for freedom and for the FREEBASSEL Campaign.

To prepare our new campaign, we are holding a design competition to

make a #WhereIsBassel graphic that will be printed on t-shirts,

stickers, and posters as the face of our campaign for 2016! Designs

should use the tag #WhereIsBassel and use black, white and red colors

in the designs. Be as creative as Bassel!

Submissions are now OPEN! Please use all the resources from our

following social media platforms and show your support for Bassel.

Submit your entry as a remix here: https://openclipart.org/freebassel2016

The closing date for submissions is March 9th, 2016. The winner will

be announced with our new campaign on March 15th, 2016 to commemorate