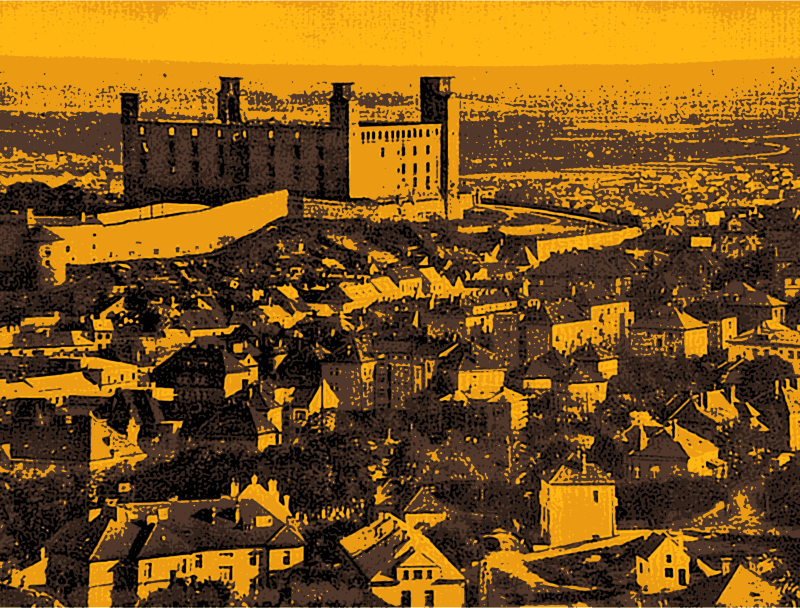 Converted from a 1-1-1912 public-domain postcard at https://commons.wikimedia.org/wiki/File:Bratislava_at_the_beginning_of_the_20th_century.jpg Judging by the direction of the shadows, this was taken close to sunset. Hence my choice of colors and title here. Notice, the castle has no roof. That is because during the Napoleonic wars, Napoleon’s soldiers were quartered in a building at the castle complex and, allegedly by accident, set the castle on fire. Its stone walls survived but the roof and other wooden structures burned down. It stayed that way until my teens when, in the 1960s, a famous painter Janko Alexy (who also happened to be the first person ever to encourage me to get into visual arts and even displayed my first pastel at a public exposition) pushed the reluctant government very hard to restore the castle to its current beauty. And now the Slovak government has some offices in the castle and proudly brings foreign dignitaries to it!