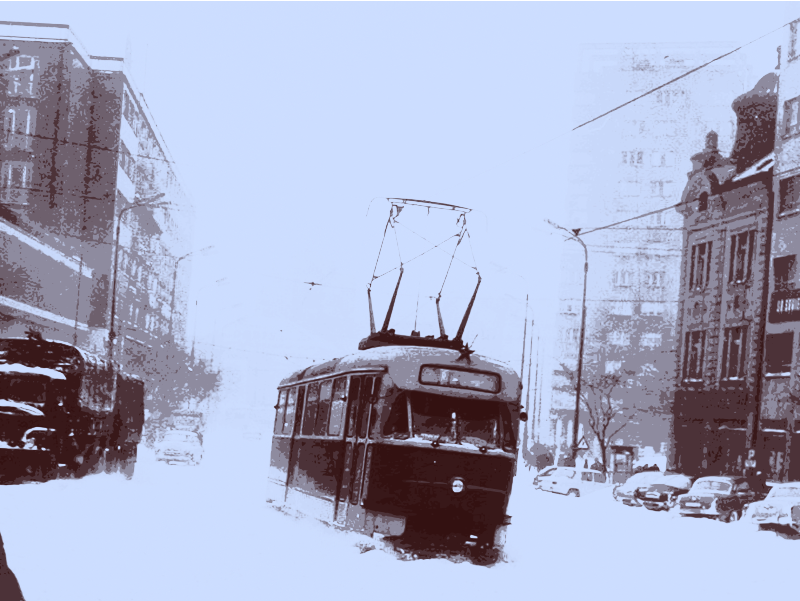 Street Car in the Snow

A dreary winter day in Bratislava, some years after the Communist takeover. This is the main square of Bratislava, then called Stalin Square (nowadays Slovak National Uprising Square, named in honor of a 1944 uprising against Nazi Germany). An electric street car (not named Desire) is moving on the tracks despite the snow on the ground.

There is a big text banner on the rightmost building. We only see the beginning of the text in the image, but I remember what it (and many others just like it) said, “So Sovietskym Zväzom na večné časy!” That means, “With the Soviet Union forever!” Ha!