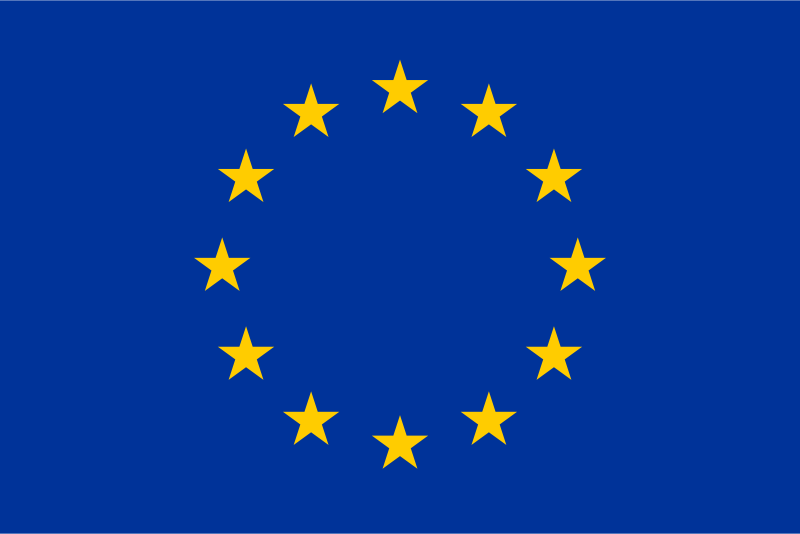 The flag of Europe displays a circle of golden mullets (heraldic stars, not fish or hairdos) on an azure field. The number of the stars is twelve. It does not change when a new country joins the European Union, nor does it change if a country brexits the EU. That is because it is a flag of Europe, all of Europe, not just EU. The 12 stars are arranged like the hours of a clock, except they all point straight up, without being rotated at an angle around the clock.

The dimensions of the flag are as follows (in relative units): It is two units high, three units wide, the center of the circle of the stars is in the center of the flag, the radius of the circle is 2/3 units (the circle is just a description of the arrangement of the stars, no actual circle is drawn on the flag), the stars are five-pointed and if we were to draw a circle connecting the points of any of the stars, its diameter would be 2/9 units, which is the same as saying its radius would be 1/9 units. Because all these dimensions are precisely defined, it is best to create a vector of the flag by coding it programmatically, like we are doing here, instead of trying to draw it in any drawing software.

See en.wikipedia.org/wiki/Flag_of_Europe#Design for those specifications.