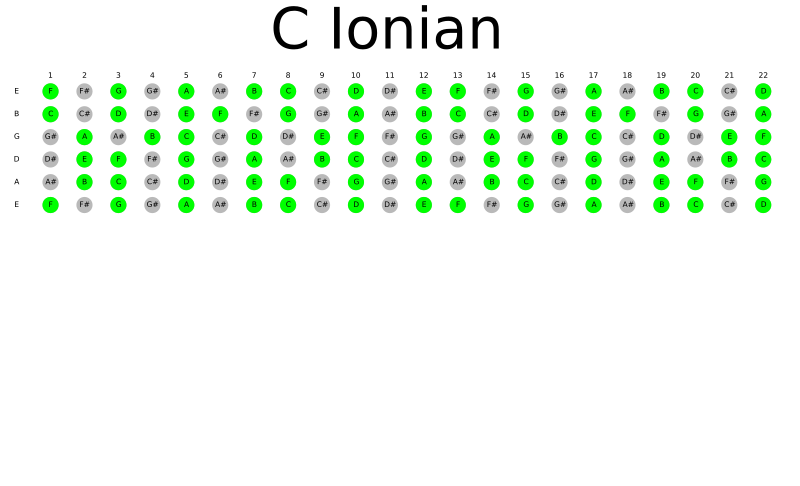 The major scale or Ionian scale is one of the most commonly used musical scales, especially in Western music. It is one of the diatonic scales. Like many musical scales it is made up of seven notes: the eighth duplicates the first at double its frequency so that it is called a higher octave of the same note (from Latin "octavus", the eighth).

This is an illistration of the location of the notes of the C Major scale on a guitar fret board.

Credit to http://jguitar.com/scale to help me find the locations on the Fret Board.