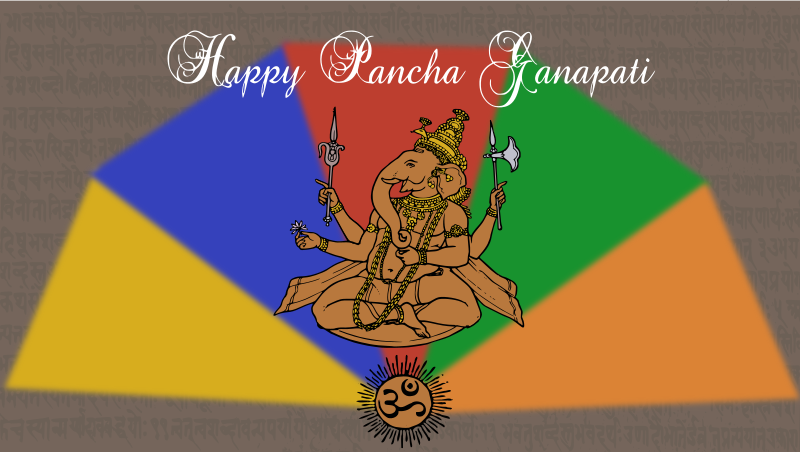 So I'm not really an expert here, but I wanted something to mark the Pancha Ganapati festival. Pancha Ganapati is basically a modern five-day Hindu festival event... it's celebrated from December 21 through December 25 in honour of Lord Ganesha. This festival was created quite recently in 1985 as a Hindu alternative to December holidays like Christmas, apparently the festival is pretty uncommon among traditional South Asian Hindus because it was first celebrated in North America or something? None the less, I wanted to try to represent it here somehow. If I messed something up, let me know!