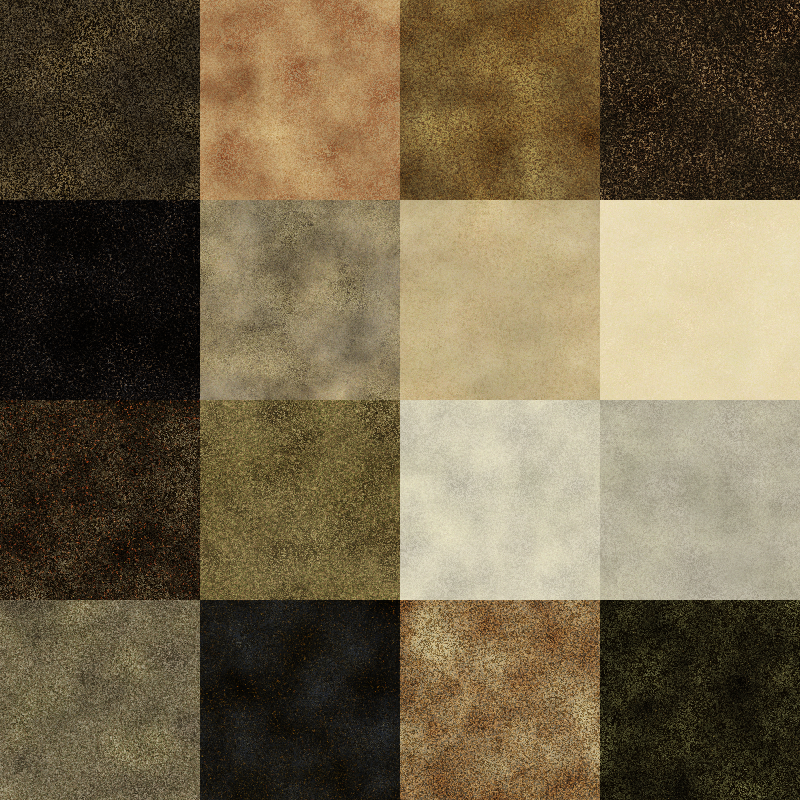 Previous two packs are merged into one, roughly.

Colours are different as each flood fill was set manually. Speaking of flood fills one is not connected in, wondering where that connector is missing; still kept those in.

Built up from 12 (11) flood fills, 16 fractal noises, and a total of 122 filter primitives each. Bit heavy on the rendering.