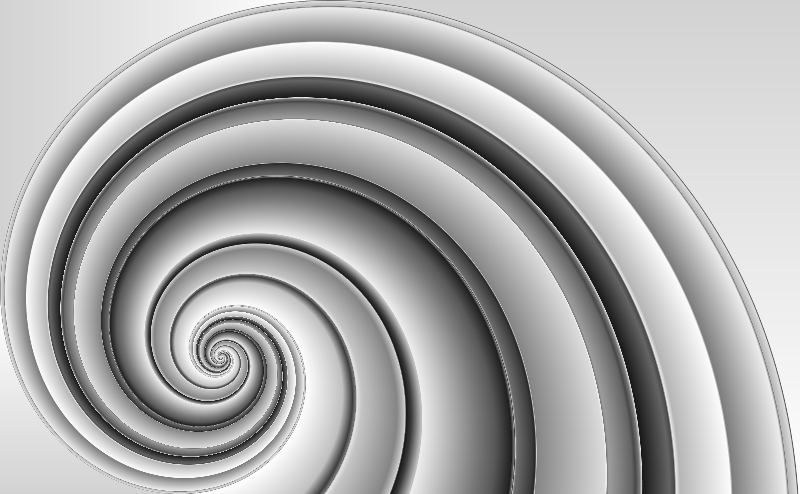 Eventually ended up with this image from the series:

This is a base step of that drawing.

Although it might look fancy enough as is, for practical reasons it got way too complicated and probably worth a reconstructing from scratch for new "variants" and further improvements.

Apart from that, the steps are alone worth sharing.

Won't upload further on how it evolved from here.

If ever, will start over from scratch.

Anyone who downloaded it can see how it was constructed

-an 1/8 turn of overlapping is added to each base tile in radial direction. In this variant, the spiral to land on the bottom right corner of the page, a half turn is needed to be added as well, although those are heavily clipped.

So instead, with a more spot on construction this can be avoided.

The base tile could be reduced for 1/4 on each one of their current size, with an overlap of 1/32 phase radially. Even a conic gradient could be constructed with much better luck that case.

Will get back to it sometime.