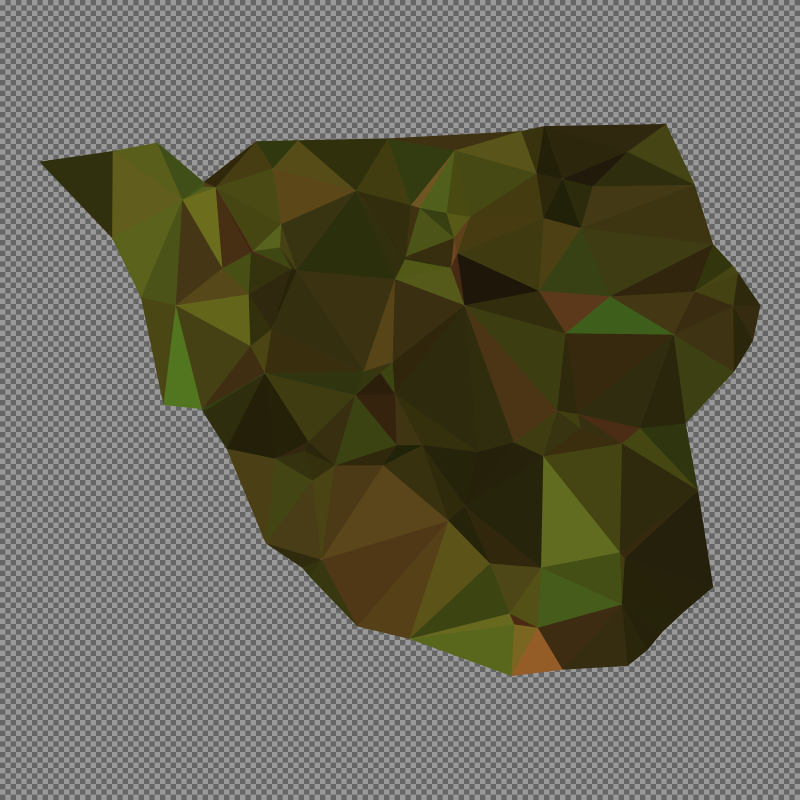 Low-poly images with such a triangle tiling mostly show a gap rendered between two neighbouring tiles even if they are perfectly touching.

On this one, each triangle's sides were given an extra node, and some of them were snapped to the next triangle's centroid, resulting in a somewhat seamless, "stitched" tiling.

Although the constructing is very straightforward between two sides, it doesn't work quite right at the triangle's corners and at very thin triangles.