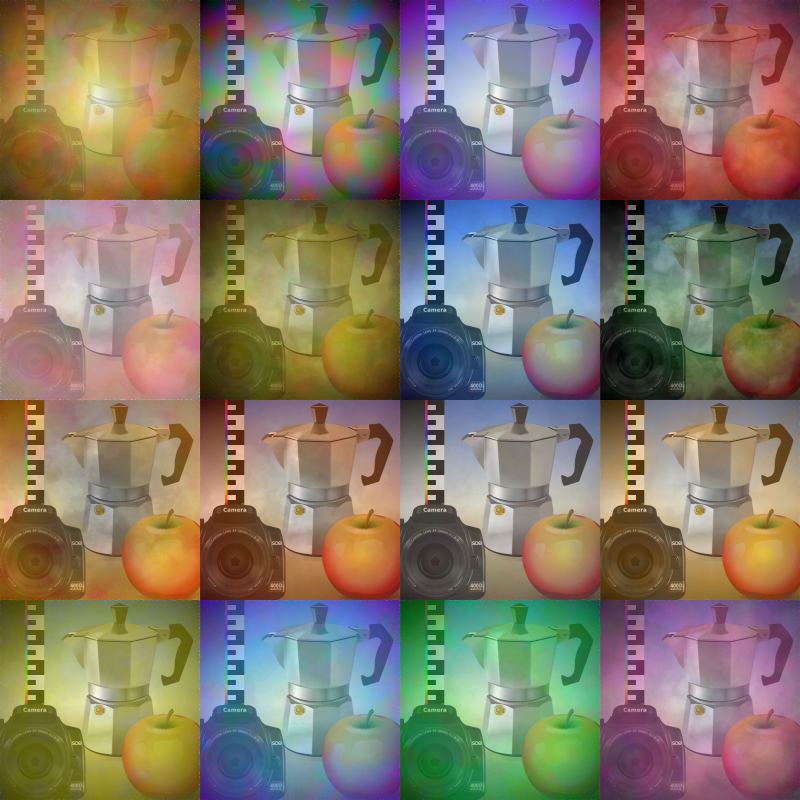 A set of overlay filters. Not quite happy how this came out but sharing anyway since it shows quite some potentials.

Original idea was to generate a tinting effect over existing images by overlaying an object with a -preferably- black to white gradient fill and such a filter.

The luminance levels are pulled in and three flood colours are mapped to it (on black, grey and white steps), composited with the original gradient input, and alpha channel generated from luminosity as well so that the lighter the original object's fill is, the more transparent the effect will be. Sort of like an artificial photographic effect for the base.

Atop of this, fractal noises are used to

-displace the result for a mist look

-add a variation on the hue values

-add a variation on the lightness levels.

However the concept is clear, you can hardly track the various settings, nor predict the output result.

Also, blending on the lightness level could be improved, since that varies the saturation in an unpleasant way by default.

Maybe the base filter could be split into different ones for that matter. One for a three tone gradient map, one for the misty displacement, two for the fractal noise overlay -one on the hue values, one on the lightness levels.

Maybe a gradient pack dedicated to such filters could simplify the process alot, with more spot on results for certain effects.