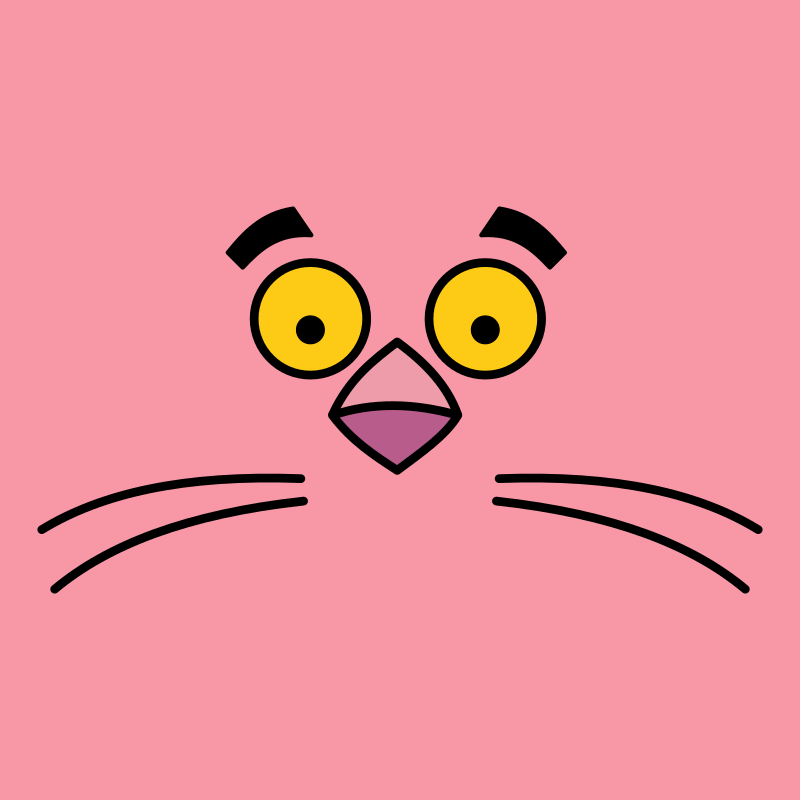 The Pink Panther is a fictional animated character who appeared in the opening and closing credit sequences of every film in the Pink Panther series except for A Shot in the Dark and Inspector Clouseau. In the storyline of the original film, "the Pink Panther" was the name of a valuable pink diamond; in the credits this was translated to an animated pink panther.

The character's popularity spawned a spin-off franchise of theatrical shorts, television cartoons and merchandise. He starred in 124 short films, 10 TV shows and 4 TV specials. The character is closely associated with "The Pink Panther Theme", composed by Henry Mancini.