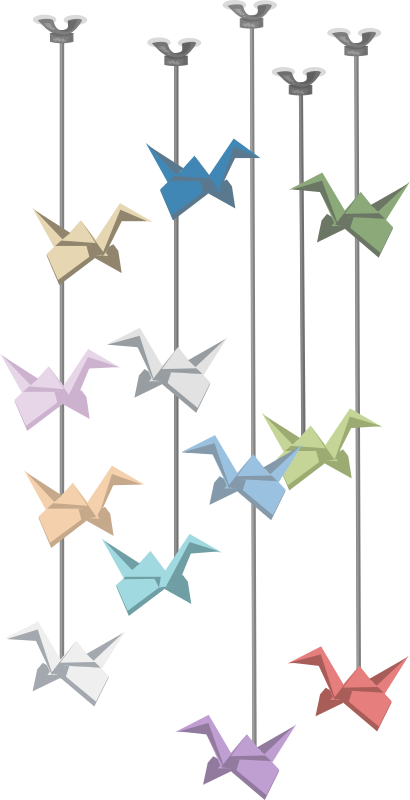 This glitch clipart is about some origami hanging cranes (it reminds me about the Japanese legend that making a 1000 paper cranes grants a wish... and also about the poor girl Sadako Sasaki who tried to make a 1000 cranes to cure her radiation poisoning after the world war 2 atomic bombing)

((I remixed this quite a bit while preparing it for here))