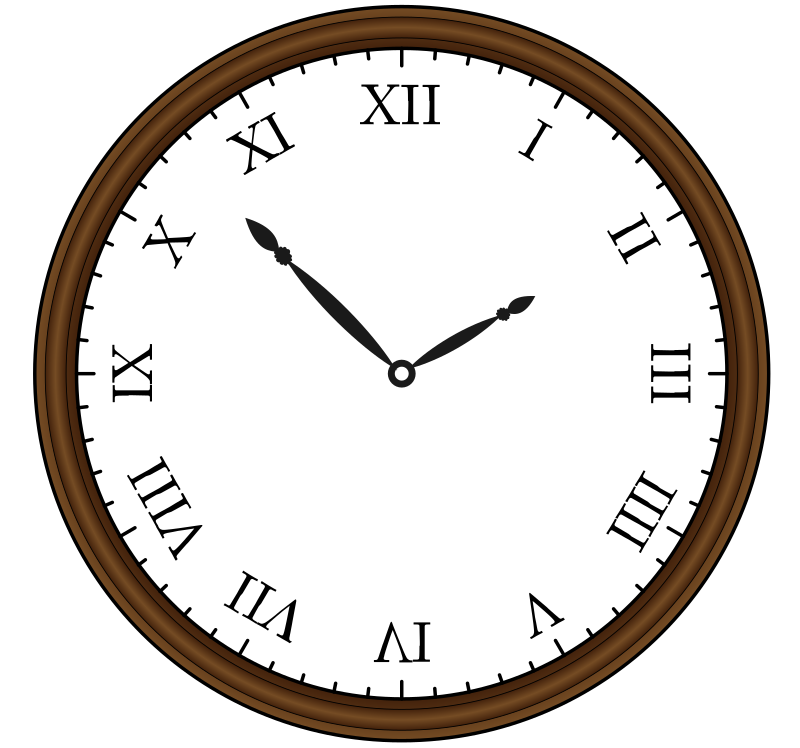 This is my second try at this clock. The original "A Retro Clock" was by @Fred the Oyster in 2015. In my previous remix of this image I had fixed some numerals that had not had the right numbers. This time I am taking that remixed image and using a different convention for the arrangement of the roman numerals. In this arrangement the numerals are arranged around a circle such that the numerals are arranged as if they are being viewed from the center of the clock. Thus the roman numeral for 6 (VI) is upside down from the perspective of the person viewing the clock face from the front. Also the roman numeral 4 (IV) is replaced by the other roman numeral for 4 (IIII) which is very common, especially on older clocks. Here is a Web page about roman numeral variants as well as a photograph of a clock face with roman numerals of the same sort as I'm putting on this clock.