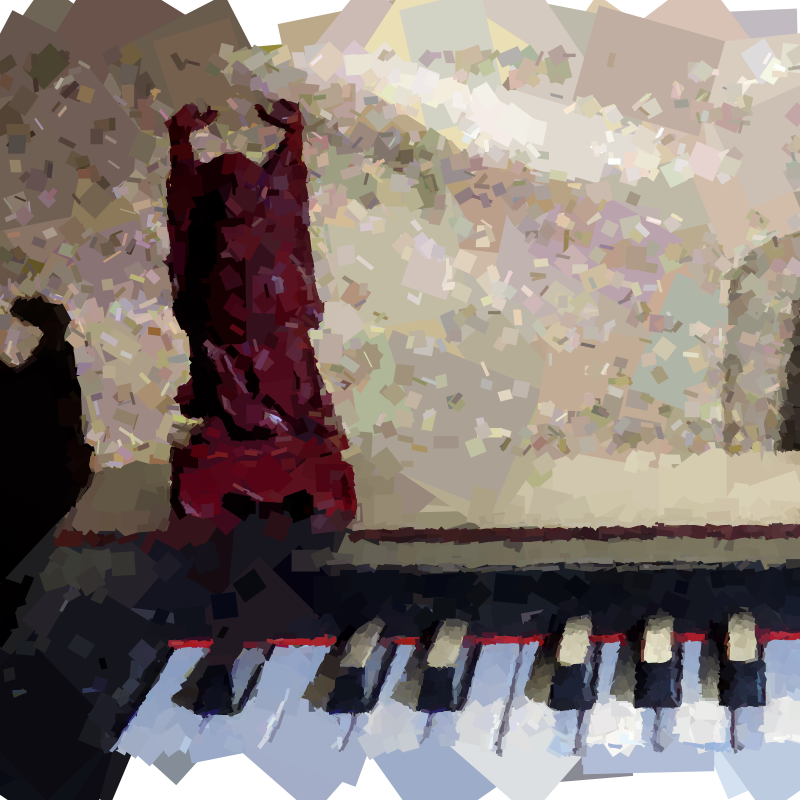 Hotei, not to be confused with Hodag, is a popular person in Chan/Zen Buddhism. He is believed to have lived in Tenth-Century China. Hotei is his name in Japanese. In Chinese it is Budai. The name is written the same in both languages.

This particular statue sits on my digital piano. I bought it about 40 years ago from the official Chinese store at the Chinese portion of Epcot Center (which is said to stand for Every person comes out tired). The person who sold it to me was an elderly Chinese gentleman, a retired teacher of the Russian language who even understood my Slovak.

I recently took a picture of this little statue on my piano and posted it at https://www.pexels.com/photo/music-piano-keyboard-budai-10097594/ (a place similar to Open Clipart, except for photos and videos). Today I learned about Fotosketcher, a program that can convert photos to vector SVG files (see https://fotosketcher.com/ if curious), so I downloaded it and used it to make this vector image (I then imported it to Affinity Designer, then re-exported it in SVG, which I then simplified as always).