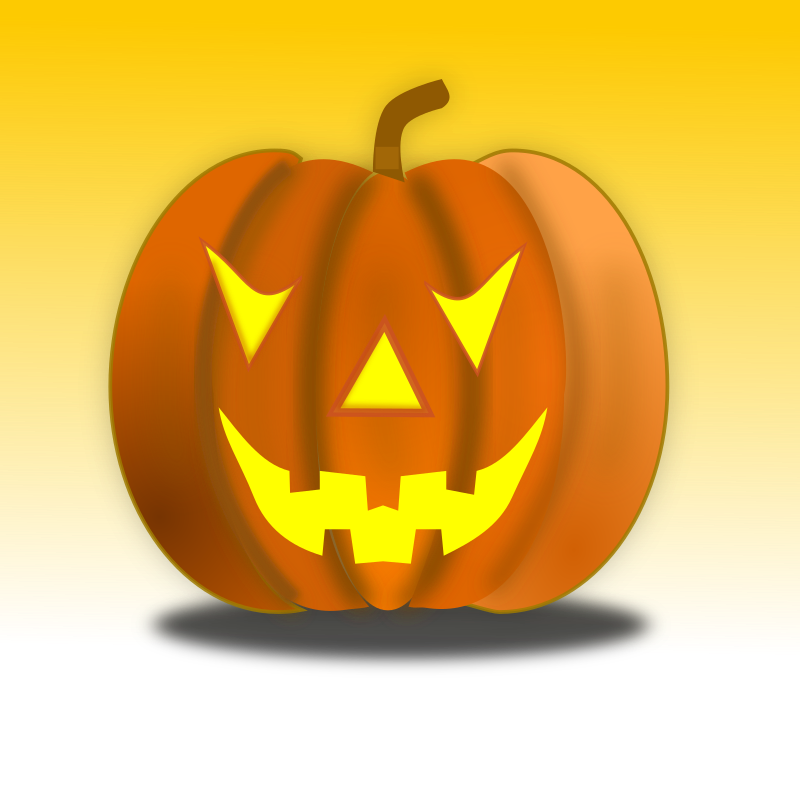 A jack-o'-lantern (sometimes also spelled Jack O'Lantern) is typically a carved pumpkin. It is associated chiefly with the holiday Halloween, and was named after the phenomenon of strange light flickering over peat bogs, called ignis fatuus or jack-o'-lantern. In a jack-o'-lantern, typically the top is cut off, and the inside flesh then scooped out; an image, usually a monstrous face, is carved onto the outside surface, and the lid replaced. At night, a light is placed inside to illuminate the effect