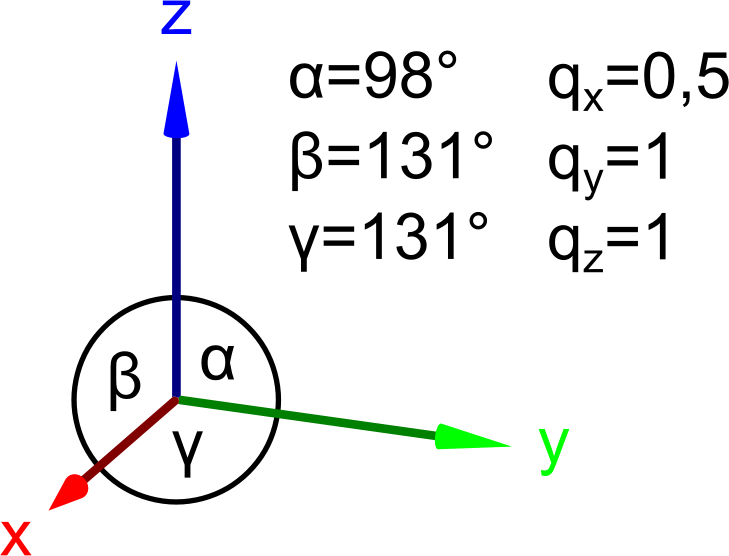 For some design I was working in dimetry, depicted with this image.

Dimetry refers to that two of the axises scale factor is the same.

That description covers a large variety of axonometric views though.

The scale factors and the angles I chose result that if you mirror the y axis along x axis, you will get z axis.

There are similar dimetry-s that are used more often, like the so-called

Here is an image of that (original author unknown).

and some may even use different scale factors too.

To me this one seemed a more trivial choice.

There are three invisible planes included in the svg, to make mapping of objects easier.