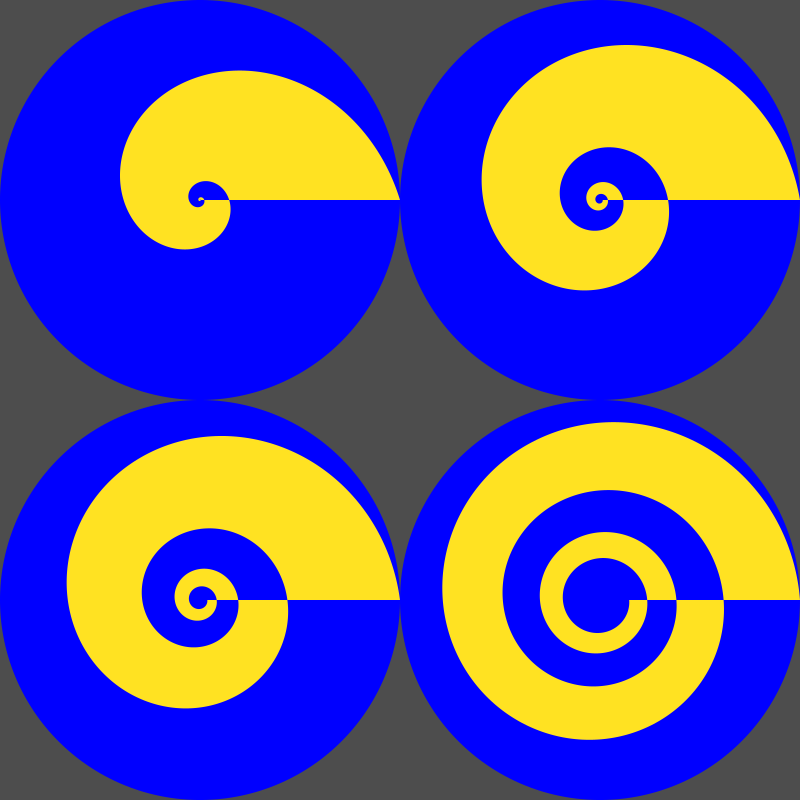 Some say that the "golden spiral" can be found all around in the nature, which can be constructed as a Fibonaccy spiral.

Contrary I could hardly find any snail shell images with those proportions.

This image shows three other logarithmic spirals next to the well known "golden spiral", that I could find way better.

One of them has the proportion of the nautilus shell discussed here:

The other two also have systematic proportions.

However the bottom left one has quite a natural look, its proportions were not constructed upon the golden ratio.

Mathematical functions are included in the file, if you want to plot them as parametric curvers.