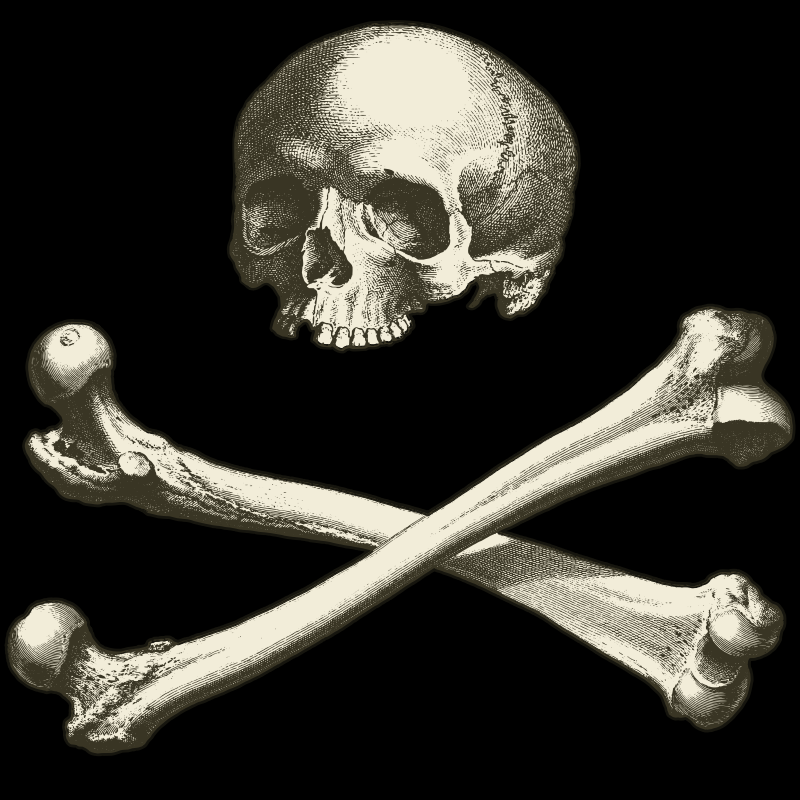 Image based on the book of William Cheselden: Osteographia, or The anatomy of the bones. Published originally in London in 1733 by a surgeon named William Cheselden (1688-1752). His artists, Gerard Vandergucht and Jacob Schijnvoet, employed a camera obscura to achieve the highest accuracy. He also contributed by setting the poses supervising anatomical correctness. Read more here: https://publicdomainreview.org/2011/08/22/accuracy-and-elegance-in-cheseldens-osteographia-1733/ image sources: https://www.nlm.nih.gov/exhibition/historicalanatomies/cheselden_home.html Clipart was composed of separate crossbone and skull images. The scale factor may look off however tried to be as close as possible to anatomically correct ration between the two.