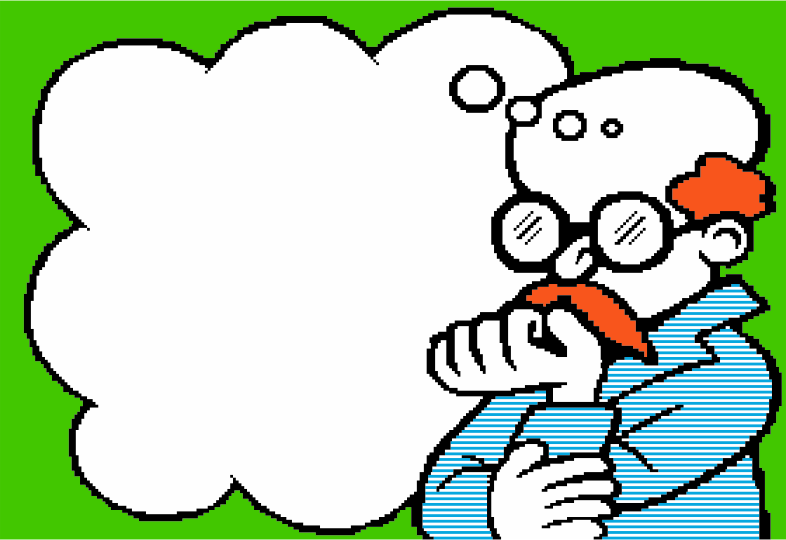 Beagle Bros was a circa 1980s software company known for their simple but creative applications for the Apple II line of computers. They also created companion software and add-ons for other applications such as Apple Works and The PrintShop. Beagle Brothers folded in 1991 and their software was released as freeware in the mid 1990s. This clipart and the others are from Beagle Screens. Beagle Screens was a clip-art caption application that allowed you to put text with cartoon style caption clip-art. Original artist/authors are Fred & Sara Crone, Matt Reimer, Bert Kersey, and Robert Renstrom.