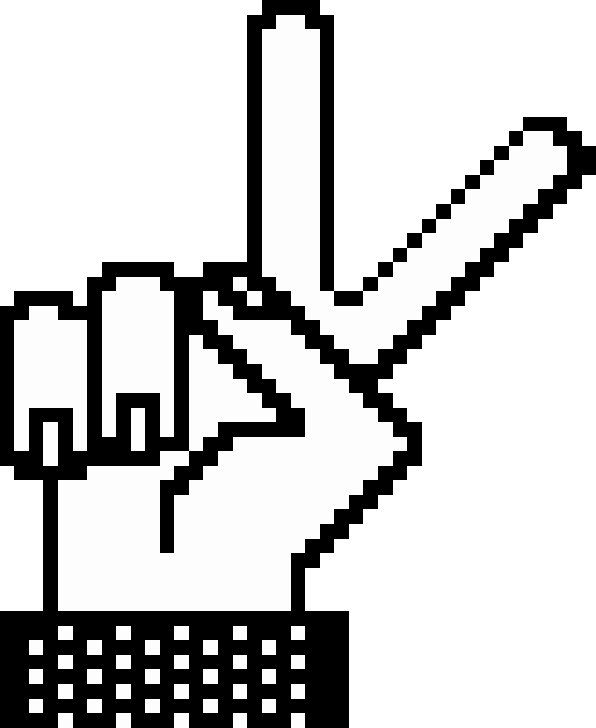 Vectorized with the retro low-res 8-bit yumminess preserved. Note: The preview size is larger than the actual clip-art size.