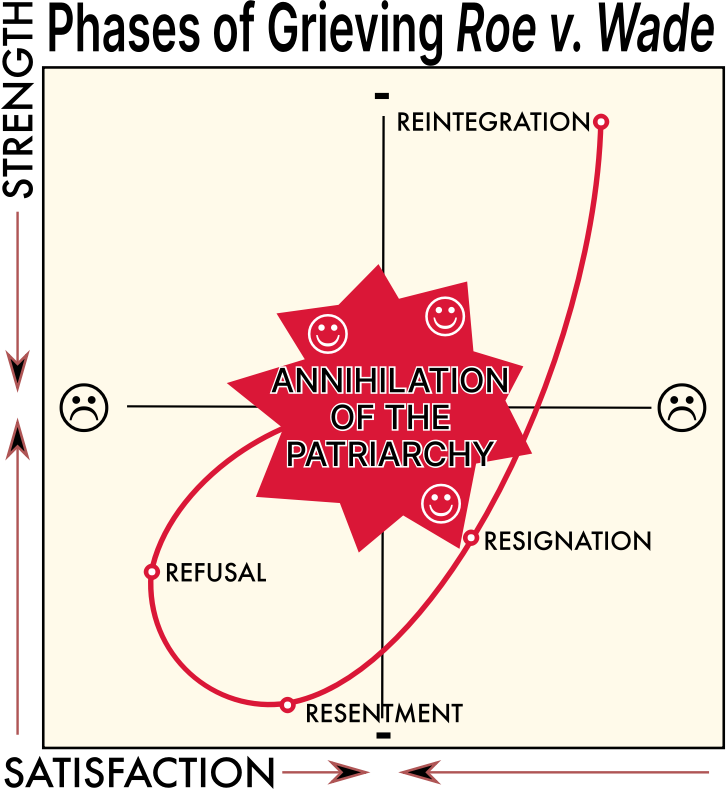 A comment on the inevitable response to the elimination of the right to abortion care in the United States in mid-2022, and the opportunity presented by the event. After a variety of political influences and interference were applied to the Judicial Branch of the United States federal government in the late 20th and early 21st centuries the Supreme Court of the United States struck down its own Roe v. Wade decision of 1973 which had previously prohibited American governments from compelling people to carry pregnancies to term.

The image depicts a two-axis graph with "Strength" on the vertical and "Satisfaction" on the horizontal, charting a spiral path through negative emotions leading to a center of maximum strength and satisfaction labeled "Annihilation of the Patriarchy" surrounded by smiley-face symbols. This is a modification of the image Phases of Grieving by Zachary B. Rainey.

"I fear all we have done is to awaken a sleeping giant and fill [her] with a terrible resolve." —https://en.wikipedia.org/wiki/Isoroku_Yamamoto%27s_sleeping_giant_quote