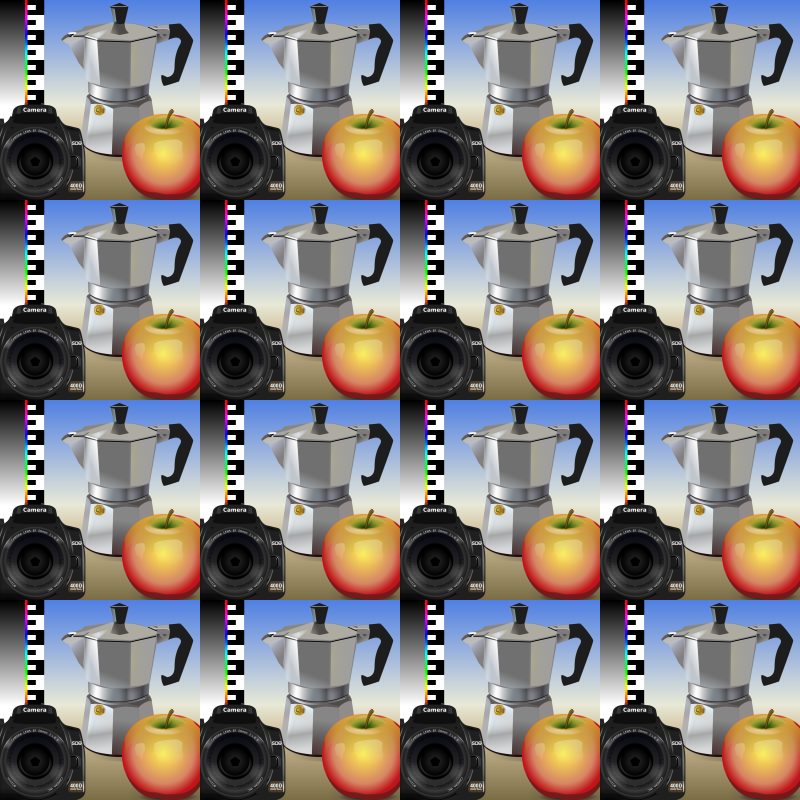 Now the test objects are pattern filled paths to make it cleaner in outlines only display mode at least.

As there was an inkscape bug with the original image in inkscape pre0.92 (see it in this report: https://bugs.launchpad.net/inkscape/+bug/1652475).

Well this pattern would look awful in 0.48 and probably in pdf-s since the pattern is based on a tile which is clipped.