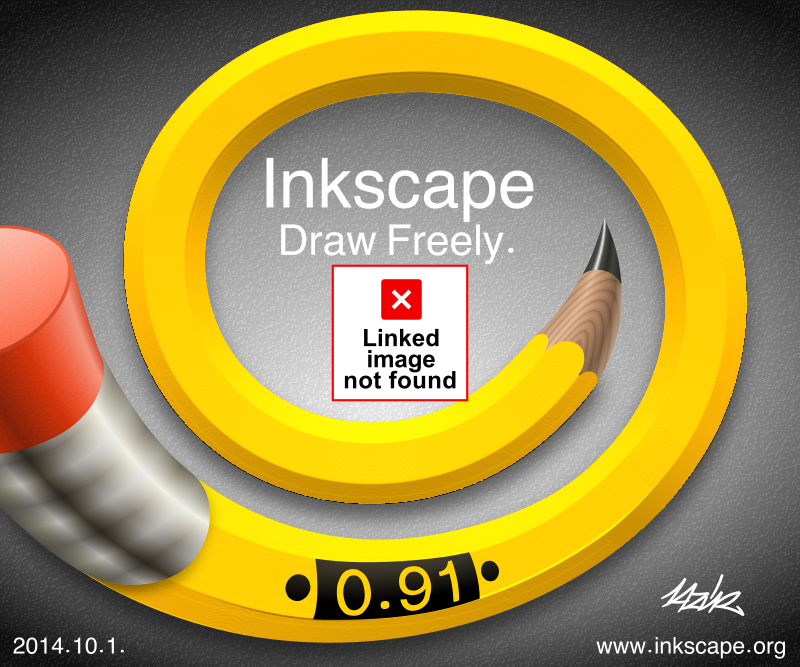 Had to remove the original for containing a gnu general public licensed logo of inkscape.

It had the description:

"For the about screen contest of the upcoming version of inkscape.

Then, again, made a remix of the original too.

The latter is what was clicked on the upload remix button this time.

It had a description as follows:

Time to revisit this curly mess of a clipart.

Somehow the rendering glitch wasn't present in 0.48 on the metallic part.

In general, it relies on masking much, which does not transfer right to pdf-s alone.

Then there is the yellow bent shape, which is the result of a diffuse filter -even though at the time I didn't get the real grasp of it.

First, for such a relatively simple shape that is a huge overkill.

Secondly, because the diffuse filter uses alpha values as an input, I drew the shape and masked anotherone with it -could have been much easier by simply adding a colormatrix filter primitive in luminance to alpha mode... and that shape was drawn by markers along a path which alone is overly complicated.

May this clipart serve as a simpler version.

Not sure about the logo part, may not be welcomed here -but noone had a problem with it for two years.

Anyway, will upload a remix without the logo as well."

If you are looking for these without the linked image icons, check these cliparts: