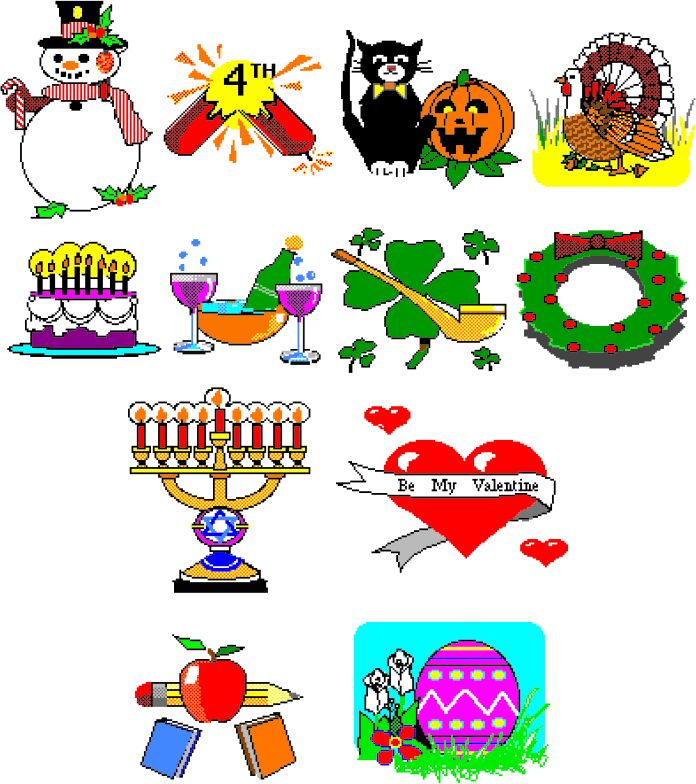 Retro 8-bit style holiday clip-art - A selection of clip-art from Beagle Bros Clipart for the Apple IIGS.Beagle Bros was a circa 1980s software company known for their simple but creative applications for the Apple II line of computers. They also created companion software and add-ons for other applications such as AppleWorks and The Print Shop. Beagle Brothers folded in 1991 and their software was released as freeware in the mid 1990s.Vectorized with the retro low-res 8-bit yumminess preserved. If you are interested in some reto/classic bitmap style fonts for use with the clip-art, check out...font stuff from codeman38https://www.zone38.net/font/and/orRetro Computing Fonts from KreativeKorphttp://www.kreativekorp.com/software/fonts/index.shtml#retro