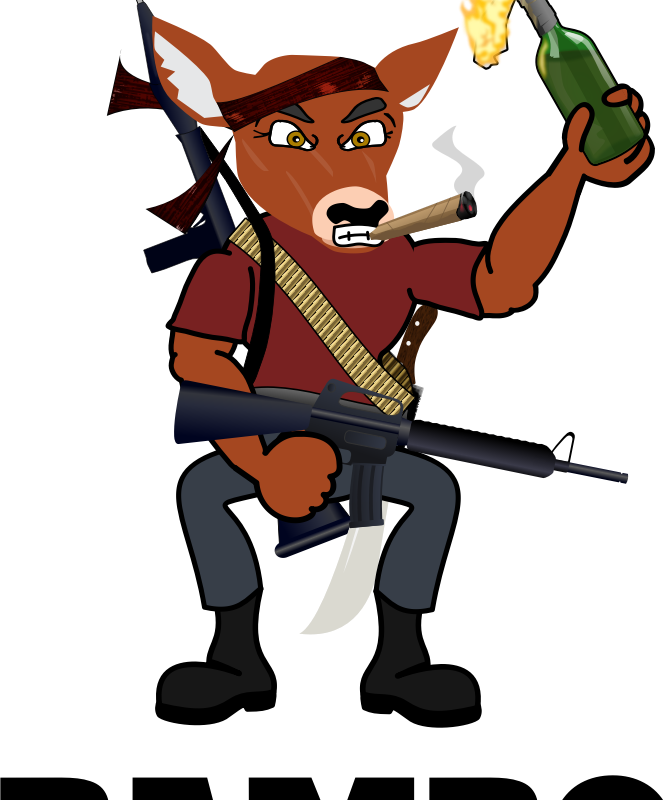 A poster of an anthropomorphized deer smoking a cigar with an enraged facial expression, wearing an ammunition bandolier and a scabbarded machete with a loaded RPG launcher slung over one shoulder, carrying an assault rifle in one hand and preparing to throw a lit Molotov cocktail with the other hand, below the words “Doe. A deer. A female deer.” and subtitled “Bambo—First Blood: and Second Blood: and Third Blood: blood blood blood”. White background version.

6 Comments. Please login to comment or add your own remix.