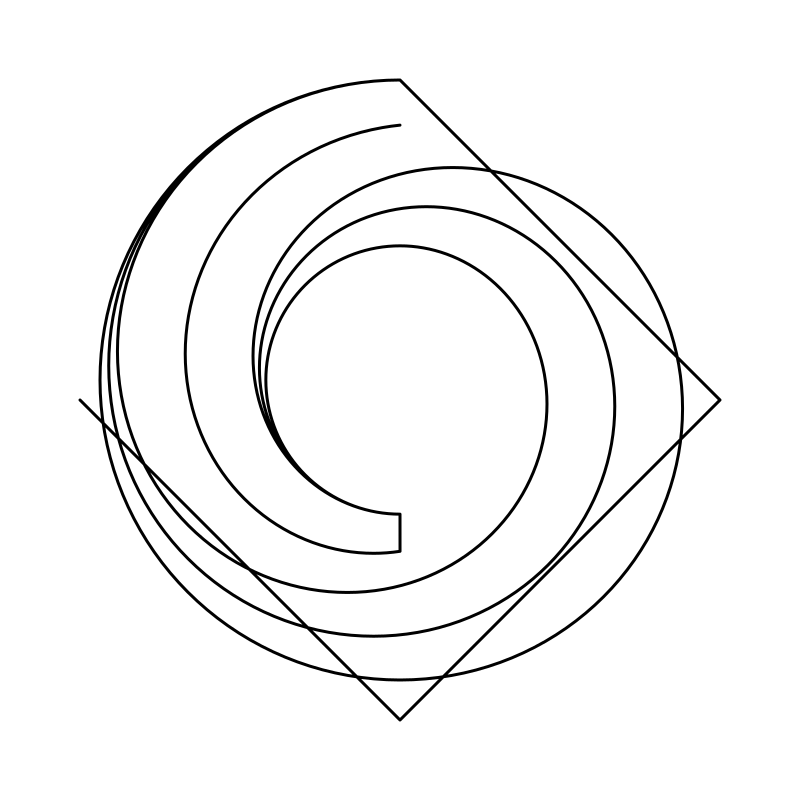 Breaking down the ring pattern to its core.

Previous had its fill constructed on congruent edges along the spiral, resulting in too sudden changes at the ring's circular edges.

This time, the involutes are combined with the circular parts and interpolation is used to generate a smoother layout.

Also, image shows a core path which will preferably used for a pattern along path path effect to represent the outer edges of which are interpolated this time.